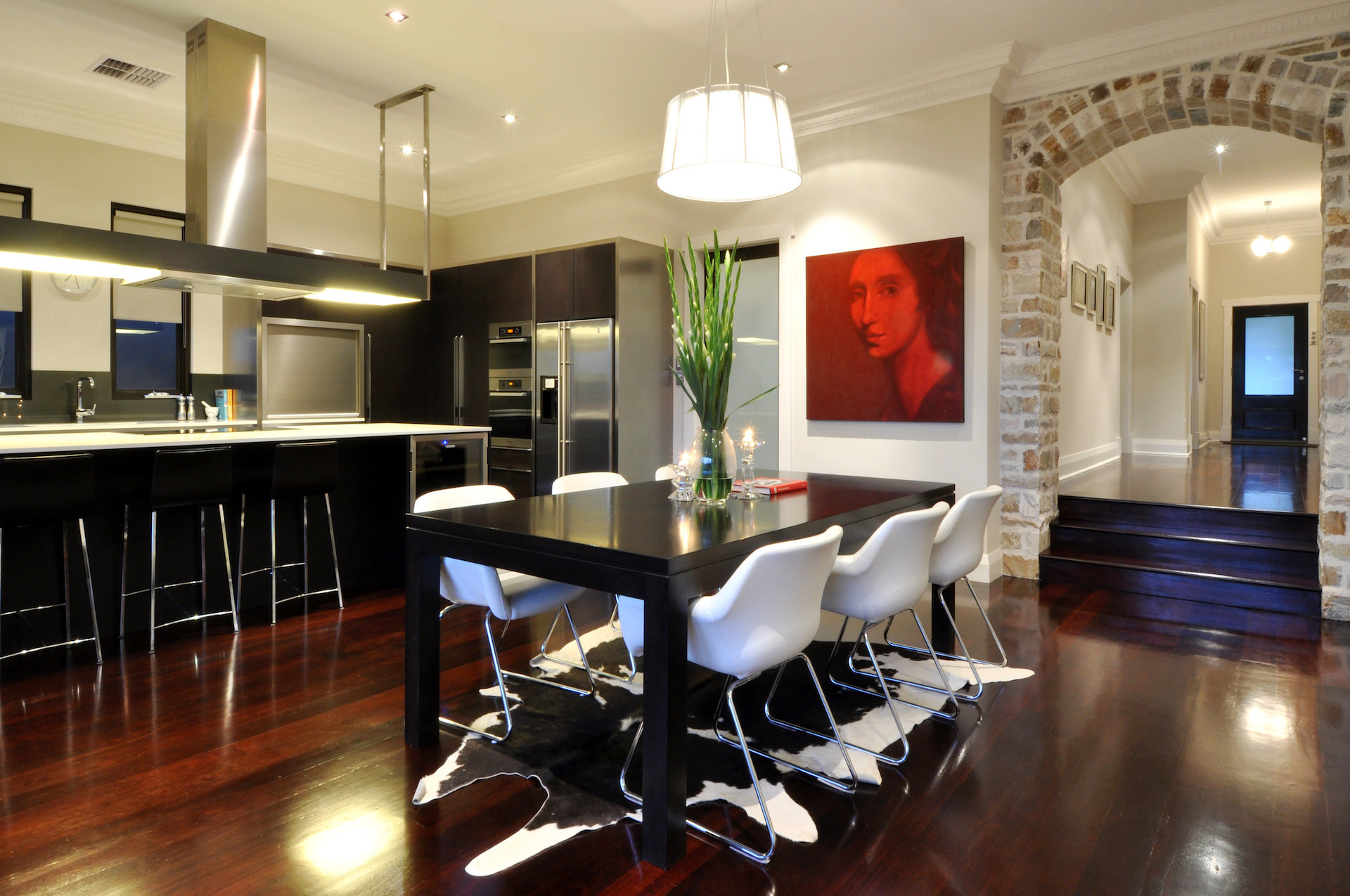 North Perth additions - Our clients beautiful Californian Bungalow was run down; their brief was simple; extend the 3 x 1 home to a spacious open plan living all while retaining theoriginal bones of their home. We did not want to alter the front of the houseas it would lose too much of its original charm but recognised its tired facade.By simply repainting, designing a new rendered fence, tuck-pointing theoriginal brickwork, replacing the decking & driveway, adding new landscaping & modern lighting was all the front exterior needed. Details such as new roof tiles to the existing & to the addition was done to ensure the addition was modest and kept to its heritage. The back of the home was extended to allow for the new open plan living and to maximise external living. Jarrah floorboards were continued throughout as was the traditional cornice, but the joinery and fittings were much more edgy. Dark timber grain impression was used for the cabinetry with contrasting stainless steel. The bathrooms fittings and fixtures were once again chosen to compliment the history of the house but still have a modern feel to them. 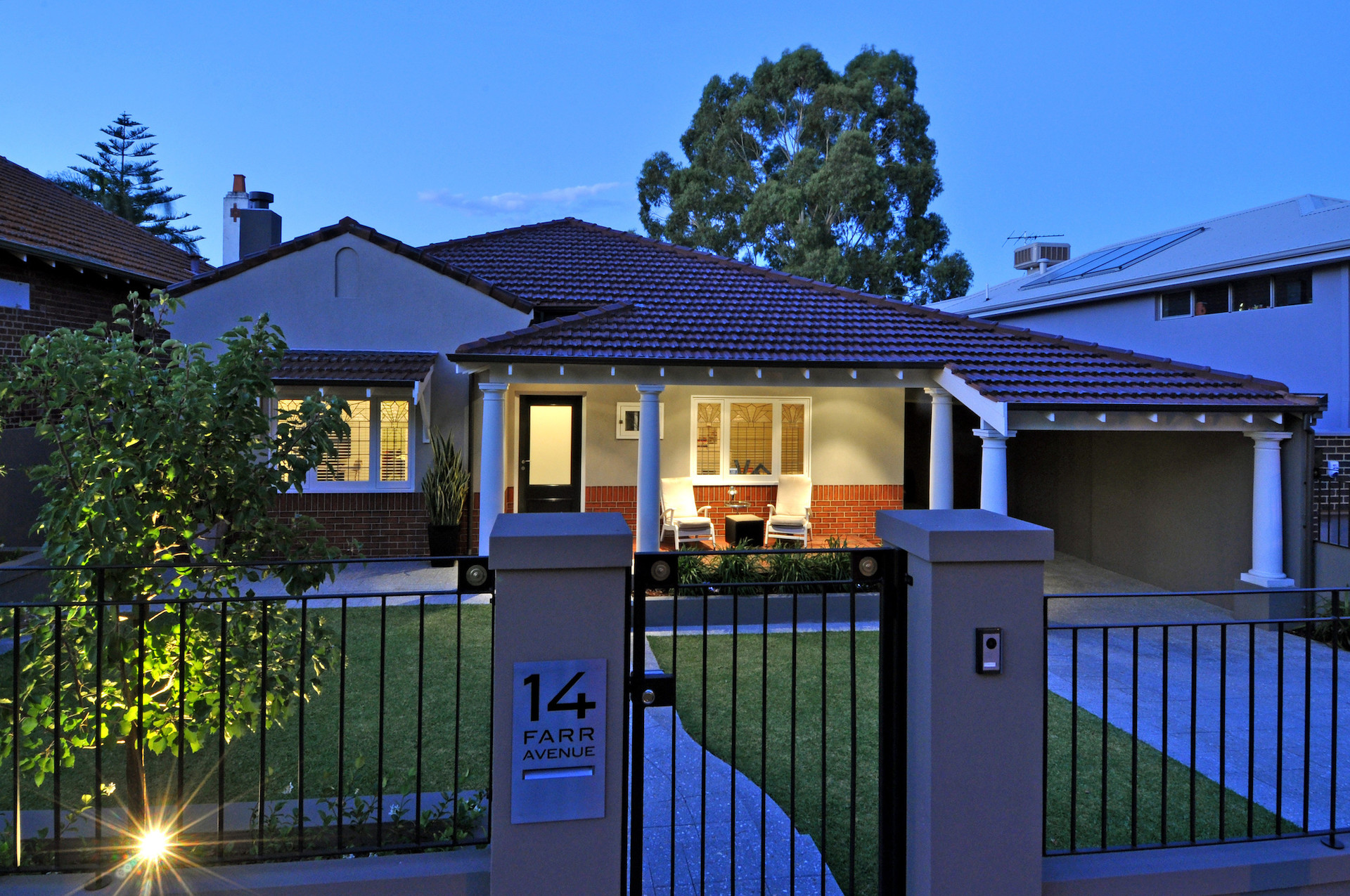 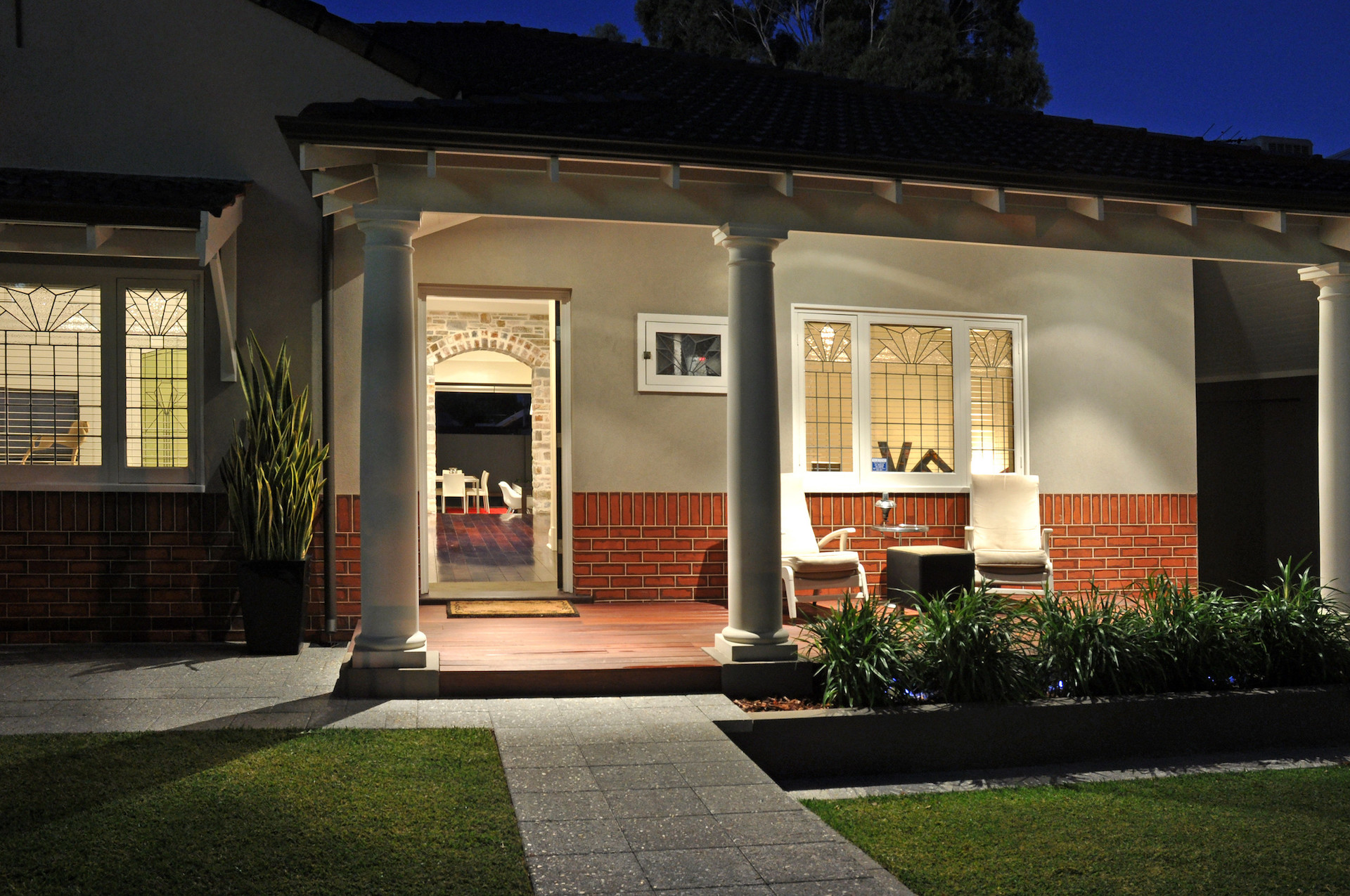 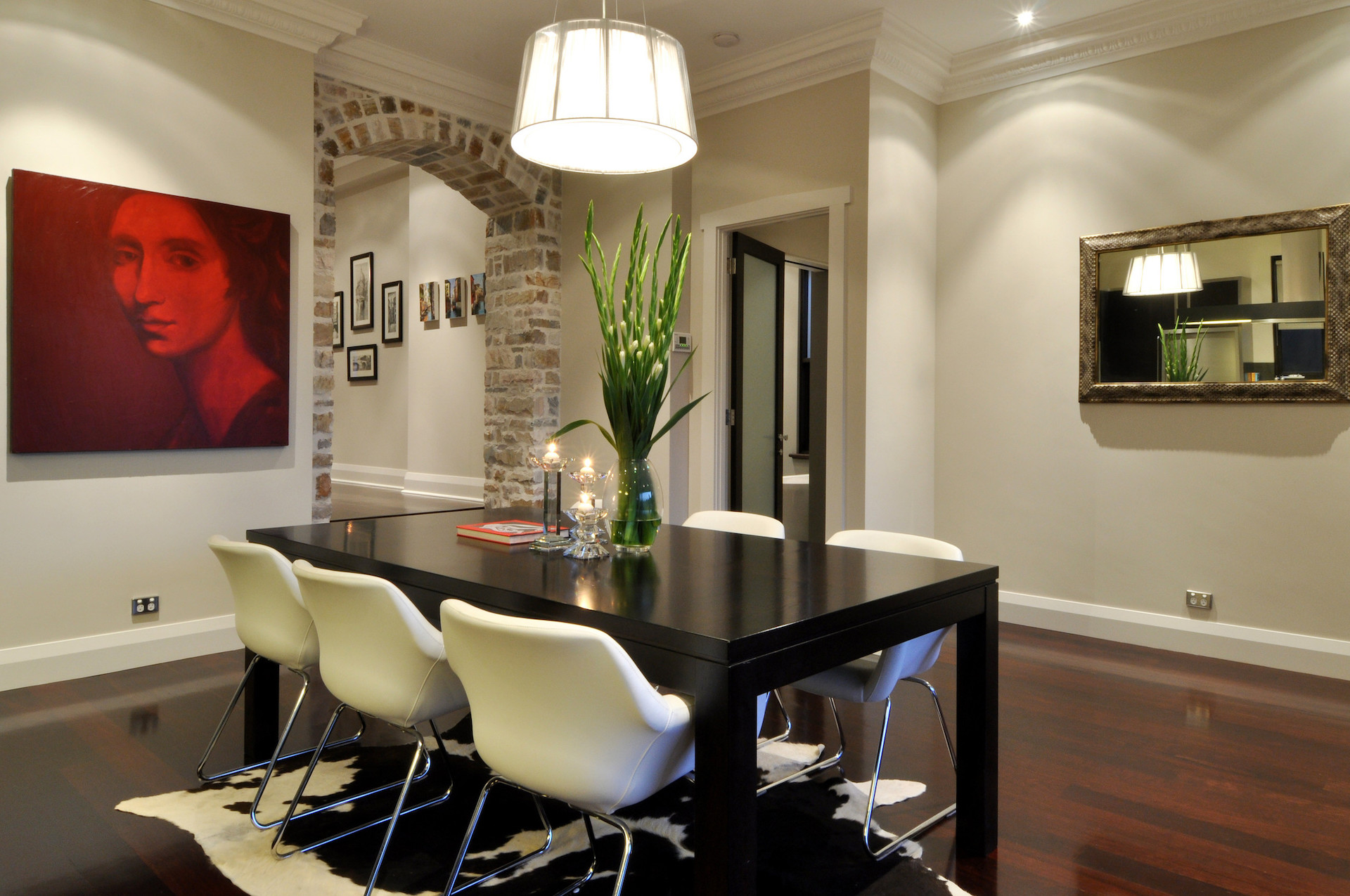 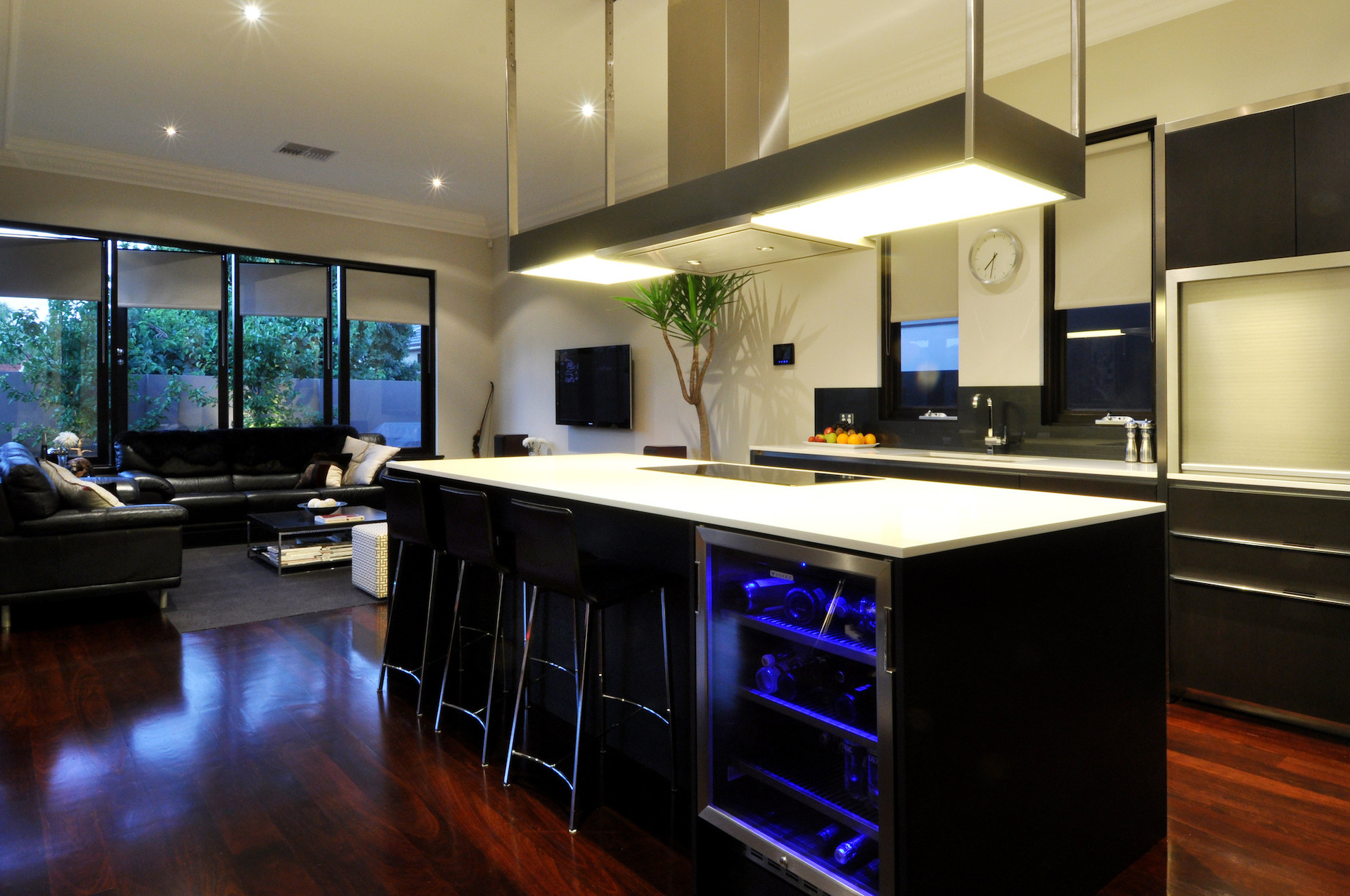 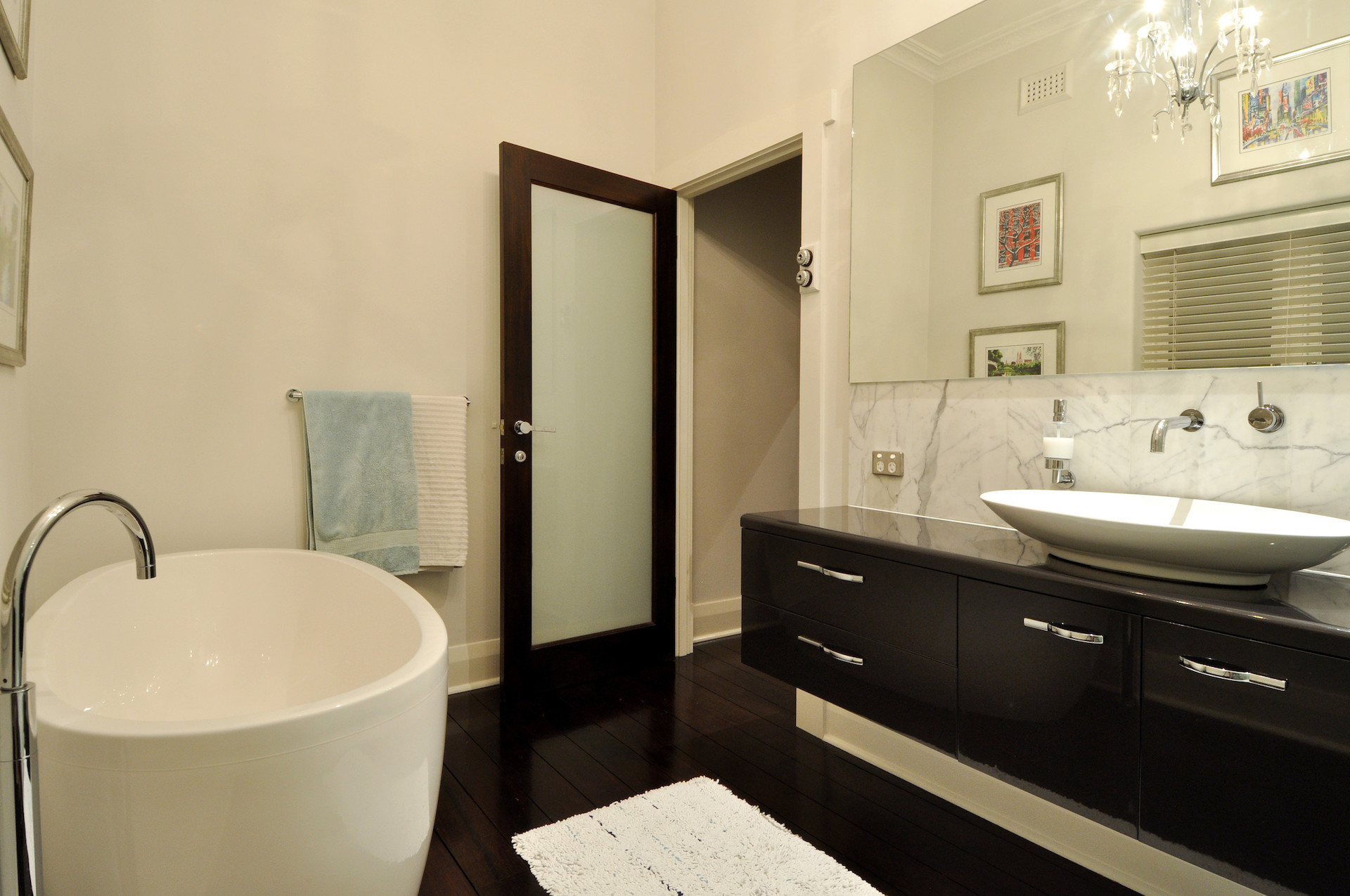 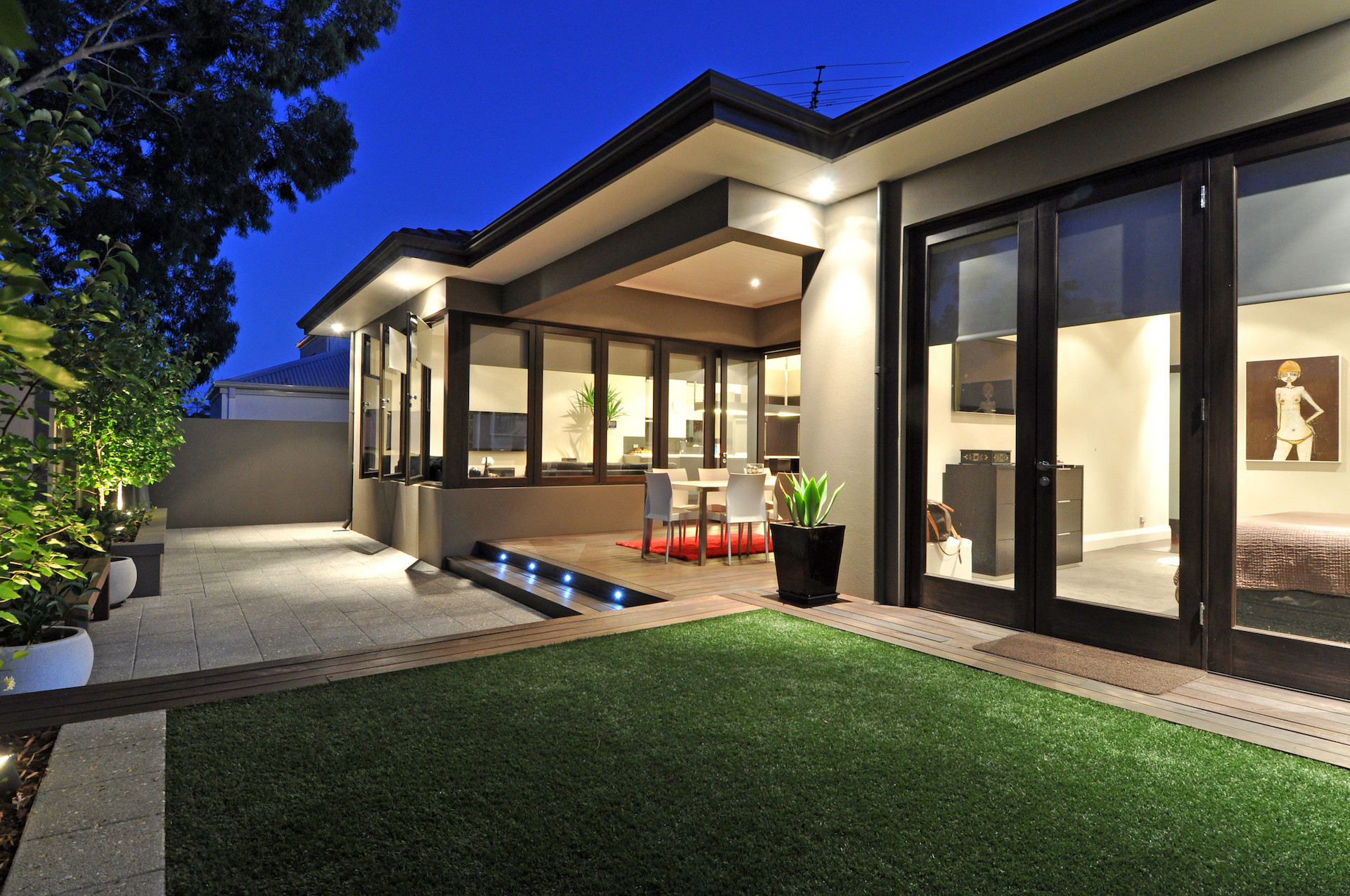